IF ACCUSED OF A CRIME IN NASSAU COUNTY, LONG ISLAND CALL US IMMEDIATELY!
CALL US NOW (516) 630-3405
Suspended License

It is a privilege—not a right—to drive in the state of New York. If your privileges are suspended or revoked, it is illegal to operate a motor vehicle until they have been reinstated. Failing to obey this law could lead to serious criminal charges and penalties.

If you are charged with operating a motor vehicle with a suspended or revoked license or registration, seek legal representation from experienced AUO lawyer Gianni Karmily at once.

When Can Your Driver’s License Be Suspended or Revoked In Long Island?

There are a number of reasons why your driver’s license may be suspended or revoked in the state of New York, including:

In New York, drivers who fail to appear in response to a traffic summons or pay a fine imposed by the court will face a driver’s license suspension. To reinstate your driving privileges, you must pay a $70 “Scofflaw” fee in addition to whatever fines are owed to the court.

What is Aggravated Unlicensed Operation (AUO)?

There are three degrees of aggravated unlicensed operation (AUO) offenses. Third-degree AUO is the crime of operating a motor vehicle with a suspended or revoked driver’s license. This is a misdemeanor that is punishable by up to $500 in fines and 30 days in jail.

This crime becomes second-degree AUO if one of the following conditions is met:

Second-degree AUO is a misdemeanor that is punishable by at least $500 in fines and up to 180 days in jail.

First-degree AUO occurs when someone operates a motor vehicle with a suspended or revoked license and also meets one of the following conditions:

First-degree AUO is a class E felony, which carries a maximum of four years in prison in addition to $5,000 in fines.

Can You Face Charges For Driving With A Suspended Registration?

Have you been accused of operating a motor vehicle with a suspended license or registration? Don’t make the mistake of assuming that this is a mere traffic violation—it’s a criminal offense. If you are facing these charges, contact Law Firm of Gianni Karmily, PLLC to discuss your legal options as soon as possible. Gianni is a skilled AUO attorney who has helped countless clients beat their charges in order to protect their freedom. To schedule a free consultation regarding your case, call 516-630-3405 or fill out the form on this website. 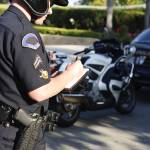 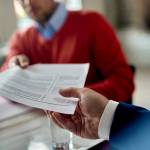 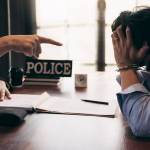