IF ACCUSED OF A CRIME IN NASSAU COUNTY, LONG ISLAND CALL US IMMEDIATELY!
CALL US NOW (516) 630-3405
Strangulation

On Long Island, if you’re placed under arrest and charged with strangulation, arrange at once to speak with a Nassau County strangulation defense lawyer at the Law Firm of Gianni Karmily. Strangulation is a felony, so you must have a defense attorney’s help as quickly as possible.

Strangulation is interfering with another person’s breathing by applying pressure to that person’s neck or throat. A strangulation charge often arises from a domestic violence situation, and an Order of Protection will very likely be issued against the defendant while his or her case is pending.

“Strangulation is a tactic of power and control that is very common in domestic violence scenarios,” according to Fordham Law School adjunct professor Amy Barash, a former executive director of the New York State Office for the Prevention of Domestic Violence.

What Are the Details of a Strangulation Charge?

In 2010, New York lawmakers enacted legislation that defined the crime of strangulation and established the penalties for a strangulation conviction.

You may be charged with strangulation in the first or second degree if you use pressure on the throat or neck of another person or block someone’s mouth or nose to impair that person’s normal breathing or blood circulation.

If the victim falls into a stupor, loses consciousness, or suffers a physical injury, the charge will be strangulation in the second degree.

If the victim sustains a “serious” physical injury, the charge is strangulation in the first degree. The law in New York precisely defines what is considered a serious physical injury. It is an injury which causes serious or protracted disfigurement or creates a substantial risk of death.

What Are the Penalties for a Strangulation Conviction?

If it’s a first offense, a conviction establishes a criminal record, which can make it difficult to find employment or housing, to obtain a loan, or to qualify for public benefits. The consequences of a violent felony conviction can affect you for the rest of your life.

How Will Attorney Gianni Karmily Handle Your Strangulation Case?

If you are charged with strangulation in the first or second degree, contact Nassau County criminal defense attorney Gianni Karmily at once. He will investigate the charge, determine what actually happened, protect your rights, and fight aggressively for justice on your behalf.

What If the Charge Against You Is Fabricated?

Long Island judges, defense lawyers, and family law attorneys routinely deal with phony domestic violence claims. If the charge against you is false, Long Island strangulation defense lawyer Gianni Karmily will use every legal tool necessary to uncover the truth.

If a strangulation charge cannot be dismissed, you have a fundamental constitutional right to a jury trial where attorney Gianni Karmily will explain to a jury what really happened, and he will tell the jurors why they should acquit you.

If the evidence against you for strangulation is overwhelming and a conviction is likely, attorney Gianni Karmily may attempt to negotiate a plea arrangement on your behalf. In most plea deals, a defendant enters a guilty plea to a lesser charge and serves an alternative or reduced sentence.

What Should You Know About The Law Firm of Gianni Karmily?

The Law Firm of Gianni Karmily represents defendants who have been charged with strangulation, criminal obstruction of breathing or blood circulation, and other domestic violence crimes and violent felonies.

Our law offices are located in Great Neck and Hempstead. If you are charged with strangulation or with any other felony or domestic violence crime on Long Island, schedule a consultation – immediately – with the Law Firm of Gianni Karmily by calling (516) 630-3405. 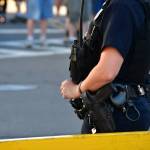 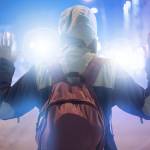 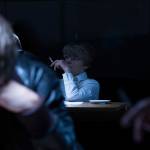