It’s important to act quickly if you have been accused of reckless driving. Discuss your legal options—and determine the best way to protect your freedom—with experienced reckless driving attorney Gianni Karmily as soon as possible.

What is Reckless Driving?

The law defines reckless driving as operating a motor vehicle in a way that unreasonably interferes with the use of the road or puts other road users in danger.

This is a broad definition, which means many different types of driving may be considered reckless in the eyes of law enforcement officers. Some examples of reckless driving include:

These are all examples of conduct that could interfere with the public’s use of the road or put other motorists, pedestrians, or cyclists in danger.

Is Reckless Driving A Criminal Offense in New York?

Many people think that being accused of reckless driving is similar to getting a speeding ticket, but that’s not the case. A speeding ticket carries a number of penalties, including fines, points on your driver’s license, and an increase in auto insurance rates. But speeding is a traffic violation, whereas reckless driving is a criminal offense. Reckless driving is classified as a misdemeanor crime in New York, which means you can face serious penalties if you are convicted. Furthermore, if you are convicted, you will have a criminal record that can follow you around and continue to affect your life for years in the future.

What Are the Penalties For Reckless Driving?

A reckless driving conviction can lead to fines, points on your driver’s license, and possible jail time. The penalties will vary depending on whether or not you are a repeat offender.

Having a reckless driving conviction on your record will also raise your insurance rates, which could cost you thousands of dollars in the long run.

How to Fight Reckless Driving Charges in Long Island

Have you been accused of reckless driving in Nassau County? This isn’t the same as being issued a traffic ticket—reckless driving is a criminal offense. Don’t fight these criminal charges alone—let reckless driving lawyer Gianni Karmily help. Gianni has helped countless clients protect their freedom by beating reckless driving charges. To schedule a free consultation regarding your case, call 516-630-3405 or fill out the form on this website. 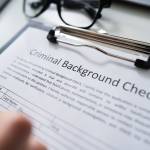 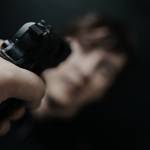 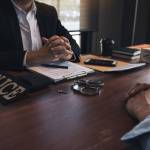