People have the right to keep unwelcome guests and visitors off of their property. If you violate this right, you could face criminal charges for trespassing in the state of New York. Trespassing may not seem serious—after all, no one was hurt in the commission of the crime—but it carries grave penalties that could affect you for the rest of your life.

What is Trespassing in New York?

In New York, trespassing is the crime of knowingly entering or remaining unlawfully on another party’s property. Trespassing is a violation, which is the least serious type of offense.

What is Criminal Trespassing in New York?

Second-degree criminal trespassing is a class A misdemeanor. This crime occurs when:

First-degree criminal trespassing is the most serious trespassing offense in New York. This crime occurs when someone illegally enters or remains in a building while also:

The crime of criminal trespassing in the first degree is a class D felony, which makes it the only trespassing charge that is classified as a felony.

How Can An Attorney Fight Trespassing Charges?

The trespassing laws in New York are complex, so it’s important to hire an attorney to help you fight your charges. Gianni Karmily will carefully analyze the details of your case to determine the best way to defend you. Some possible defense strategies include:

Gianni Karmily is committed to helping you reach the best possible outcome in your case. He will fight to poke holes in the state’s case so they are unable to prove your guilt or have your charges dismissed or reduced.

Have you been accused of trespassing in Long Island? If so, seek legal representation from experienced trespassing lawyer Gianni Karmily at Law Firm of Gianni Karmily, PLLC. Gianni understands that a conviction—even for a misdemeanor—can haunt you for the rest of your life. This is what motivates him to aggressively fight for his clients’ freedom. Let him defend you against trespassing or criminal trespassing charges. To schedule a free consultation regarding your case, call 516-630-3405 or fill out the form on this website. 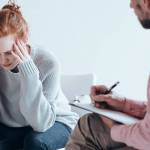 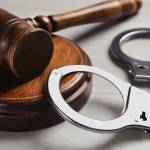